As we deliver our strategy, it is important that the skillset and focus of the people leading our business reflect the environment we are operating in today.

The diversity, expertise and experience of our Leadership and management team is key in enabling us to continue to deliver our strategy and capitalise on the great opportunities that lie ahead. Meet our Leadership Team members that make things happen.

Meet the Leadership Team at BAT in West and Central Africa 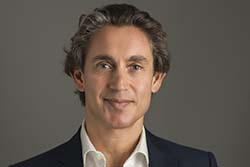 Yarub joined Rothmans in 1996 as a Management Trainee. His career began in TM&D with roles in Yemen and Saudi Arabia followed by numerous roles in Brands across both the Middle East and the Lucky Strike IBG. In 2009, Yarub moved to Egypt as Head of Marketing and in 2012 to Kazakhstan as Area Head of Marketing Caucasus & Central Asia. Yarub then spent a year in EEMEA Region as Marketing Deployment Manager before moving to Nigeria as West Africa Marketing Director in October 2016. He was appointed Area Director for West Africa Area (now West & Central Africa Area) in April 2019.

Yarub enjoys travelling, good food and exercise. He is married and has two sons. 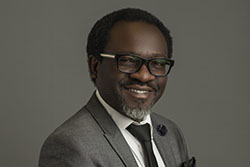 Demola joined BAT in 2003 as a Marketing Representative and has since held various roles in Trade and SP&I across the Area. In 2013, he was appointed into the role of Head of Sales & TM&D and led the team to its first year of volume growth after a period of decline. In June 2016, Demola moved to South Africa as Senior Brand Manager for Benson & Hedges and Rothmans. He later joined the Pall Mall IBG in Globe House in December 2017. He was responsible for supporting key markets in Asia Pacific, Middle East and Africa in continuing to build Pall Mall and strengthen BWAP leadership. He was appointed Marketing Director, West & Central Africa Area in May 2019.

Demola enjoys music and plays drums in a band. He is married and has three children.

Temitope started her career in 2001, consulting with Arthur Andersen and later, KPMG. She moved to HR practice in 2010 as Head of Shared Services in Stanbic IBTC Bank in Nigeria. She joined BAT in 2012 as Area Head of Reward and was responsible for leading the Reward agenda across West Africa Area and progressed to other roles within the business. In October 2017, she was appointed Area Head of HR for West Africa Area (now West & Central Africa Area).

Temitope holds an MBA with specialisation in Personnel Management from the University of Leicester. She is married with three sons and enjoys reading and travelling.

Simukai was appointed as Area Head of Legal, West & Central Africa Area in July 2021. Prior to this he was Area Head of LEX for West & Central Africa between January 2020 and June 2021. He is a South African trained lawyer, who practiced at a leading law firm before joining British American Tobacco as Legal Counsel for Leaf Operations Zimbabwe, in 2000. This was followed by numerous other roles in Southern Africa and Head Office, including Cluster Head of Legal & Corporate Affairs – (Malawi, Mozambique, Zambia & Zimbabwe), Regulations Counsel – GR&D and Global Regulation Counsel.

Simukai is an armchair sportsman, who enjoys keeping fit cycling and running. Freddy Messanvi is the General Manager for the West and Central African Markets in WCA. He is responsible for driving the business and growth strategy for the markets in the patch namely: Ghana, Gambia, Togo, Benin, Cote d’Ivoire, Mali, Niger, Cameroun, Gabon, Burkina Faso, Democratic Republic of Congo (“DRC”) and Liberia.

Freddy joined BAT in 2001 as a Management Trainee in the Corporate and Regulatory Affairs Executive Department in DRC. He rose through the ranks and has held several leadership positions in Regulatory Affairs and Legal within the West African Area having worked in several markets including DRC, Senegal and Nigeria. In 2015, Freddy was appointed as the Area Head of Legal and External Affairs, a position he held until his appointment in January 2020 as the General Manager for the West and Central Africa Markets.

Freddy is a commercially driven lawyer by training and experience, he is also passionate about BAT’s continued leadership position in the Area. Freddy brings these qualities to provide business -focused solutions to drive the marketing and business strategies for the markets in his patch.

When Freddy is not working for BAT, he enjoys his daily fitness routines, discovering new places, understanding the mechanisms of machines, watching movies and is also a connoisseur of white wines.

Waseem joined BAT in 2004 and has since held various roles across Supply Chain and Manufacturing.

Waseem is married with three kids. He likes to play and watch cricket and tennis. 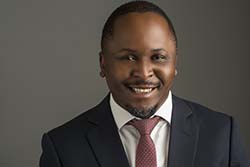 Nomore Mapanzure holds a Bachelor of Accountancy (Honors) Degree from the University of South Africa. He is a Chartered Accountant (ICAZ and SAICA).

He joined the British American Tobacco Group in 2004 and has held several senior finance roles in various BAT markets.

Nomore is currently the Head of Finance for the BAT West and Central Africa Area.

He began his career with BAT in 2004 as Treasury Manager in BAT Zimbabwe. Since then, he has held several finance roles covering Operations, Commercial Finance and Cluster finance roles which included Head of finance for Tunisia, Libya and Sudan (an acquisition) in North Africa, Head of Finance Southern African Markets, and more recently Marketing Finance Controller for East and Southern Africa.

In these roles, he has successfully executed strategies that have enabled the markets he supported to profitably navigate volatile operating environments and mitigate negative impacts to BAT.

Nomore is married with three boys. 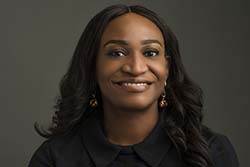 Odiri is a lawyer, holds a master’s degree with Honors in International Relations from the University of Kent at Canterbury, England and a Chartered Secretary. She has over 20 years working experience cutting across Oil and Gas, Telcom and Tobacco Manufacturing sectors.

She joined BAT Nigeria in July 2006, as a mid-career recruit and rose through the ranks holding various positions within the Legal department, last position held was Head of Legal for the West Africa Area. She was subsequently appointed Head of Government Affairs, West Africa Area (WAA), following the Legal and External Affairs merger.

In 2018, Odiri was seconded to the BAT Indonesia within the Asia Pacific Region, as the Head of Marketing Legal Indonesia, and subsequently as Senior Regulatory Special Projects Manager.

In December 2020, Odiri was appointed to the Americas and Sub Sahara Region, as Senior Regional External Engagement and Campaign manager.

Odiri is married with two lovely daughters. She is a runner and cyclist who is also passionate about investment, Interior designing, cooking, and baking. She also enjoys meeting people and mentoring younger ladies to climb up the corporate ladder.

Olakunle is married with two children and enjoys movies and travel.